Al-Mayadeen channel revealed an investigation into the massacre of the Qweiq River in Aleppo, which killed more than 200 victims on 29/1/2013, months after the gunmen entered the city, which divided the city into two parts east and west, the eastern part controlled by armed groups, Syrian government forces exchanged accusations about the perpetrators of the massacre, but in this investigation, for the first time, new documents and evidence identifying perpetrators

The course of the Qweiq River from the north of the city to the south through the areas controlled by the armed groups and up to the areas of the Syrian army and then areas controlled by armed groups, at that time, the bodies of the martyrs of the river were recovered from its banks of areas close to the neighborhood of Bustan Al Qasr, Al-Kalasah, Al-Zebdieh, Sukkari, and Sheikh Saeed which are under the armed groups control. The report of Human Rights Watch was unrealistic because it relied on testimony from militants close to the gunmen and deliberately took pictures from areas showing the water logging three kilometers from the Syrian army points in Al-Eza’a neighborhood. The document presented in this investigation shows the detainee’s name on charges of collaborating with the Syrian authorities, Ahmed Al-Batsh, after a while of the discovery of the massacre in the river, the document said, that Al-Batsh was accused of collaborating with the Syrian government, and “threatened to kill him and throw him by the river, those who threw them before him are not the best of it,” referring to the massacre.

In the meeting with Al-Batsh it was reported that Ahmad Shamma, commander of the battalion of the Martyr Capt. Nemir of the Prophet’s descendants under the command of the Free Army, said that he would put a bullet in Al-Batsh’s head and throw him into the river to be 108 victims after the 107 that had the same fate. Knowing the exact number of victims by the murderer is considered an evidence according to the criminal science.

Witnesses who appeared through the investigation were very close to the place and time, including Abu Juma, who participated in the recovery of the bodies of martyrs from the river, has appeared through video clips broadcast by the armed groups at the time retrieving these bodies, and reported how Abu Juma found the bodies are handcuffed and the effects of torture are clear on those bodies after being shot by the head or the heart, Abu Jomaa confirmed that the last body pulled is away from the points of the Syrian army of 1 km, and this is contrary to what the sites of militants at the time that the bodies were thrown from the Syrian government and drifted away to the regions of the Syrian government.

According to the investigation, it was mentioned that the Quiq River was known of the cemetery of every supporter of the Syrian government during the control of the militants, being away from the sight of pedestrians, Khalid Atiq detained by AL-Soyof Battalion in Aleppo 2012 on charges of receiving the Syrian army and welcoming through the Al- Dunnia channel, the posted video shows that the militant made Khaled Atiq mention to be thrown in the Al-Quiq River and being asked to repeat it.

Abdel Rahman Rostam, known as Abu Hassan Hreitani, a popular Halabi singer, was recovered from the Quaiq River, but the sites of the militants did not publish it at the time of the massacre for fear of revealing the scandal, being known to be a supporter of the Syrian government. The militants sites mentioned this after his death of 5 months.

64 names posted by militants sites out of more than 200 bodies and the question to pose here, why so many anonymous? Certainly most of the victims are affiliated with the Syrian government as employees or supporters so the armed groups have been killed and traded them in international forums.

Mustafa Rihawi lost his cousin in the massacre, Mohammed Munir Rihawi, who showed a photo of his identity confirming the relation of the missing and the identity of the missing also, which published the sites of militants his name among the victims at the time, Rihawi said important information about the incident, and how they lost contact with him, who he was a transactions dealer and that was a charge and a crime according to the militants at that time because he was in contact with the Syrian government. Rihawi said that the sons of al-Zubdiyya and Al-Fardous heard at that time the sounds of individual shots at 5 am, hours before the massacre was declared, Rihaoui saw a person who talked about the hours before the execution of his cousin after his arrest in the neighborhood of Bustan Al-Kaser by the Jabhat Al-Nusra, and how he was released after paying a ransom of two million Syrian pounds.

Mohammed Qattan, the last place left his son near the schools of Bustan Al-Qasr, he confirmed that he was lost in the militants areas, and found his dead body in the Yarmouk after being unable to know his place during his missing

There is no doubt that the internal fighting between the militants was apparent since they entered Aleppo in 2012. The file of the river had a share of that fighting, according to one of the residents in the neighborhood of Bustan Al-Qasr, there is a dispute between the Umran battalion led by Abu Al-Baraa Nahlawi with the battalion of the descendants of the Prophet Ahmed Shama.

Human Rights Watch’s report was unrealistic, relying on testimonies of activists close to the militant groups, taking pictures in Al-Haj Bridge area and Sheikh Saeed to show the water logging that could carry the body three kilometers away from the Syrian army points in addition to the slopes and obstacles. In what way did the bodies had crossed the water banks in Al-Sheikh Saeed neighborhood and also crossed the barriers and slopes in large quantities even though the water level is low.

According to the report, the location of the cemetery was buried next to the headquarters of the battalion of Capt. Nimr led by Ahmed Shama, which is only a few meters away, calling for the identification of the perpetrators, who tries to hide the crime and make the cemetery under his eyes.

Based on the above, the accused of the massacre are:

The Martyr Capt. Nemer battalion of the descendants of the Prophet (Free Army) led by Ahmad Shama

The Lions of Islam group under the leadership of Muhammad Sindh 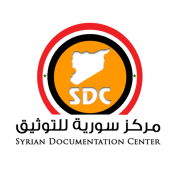 UNHCR rebrands the issue of returning Syrian refugees to their country.